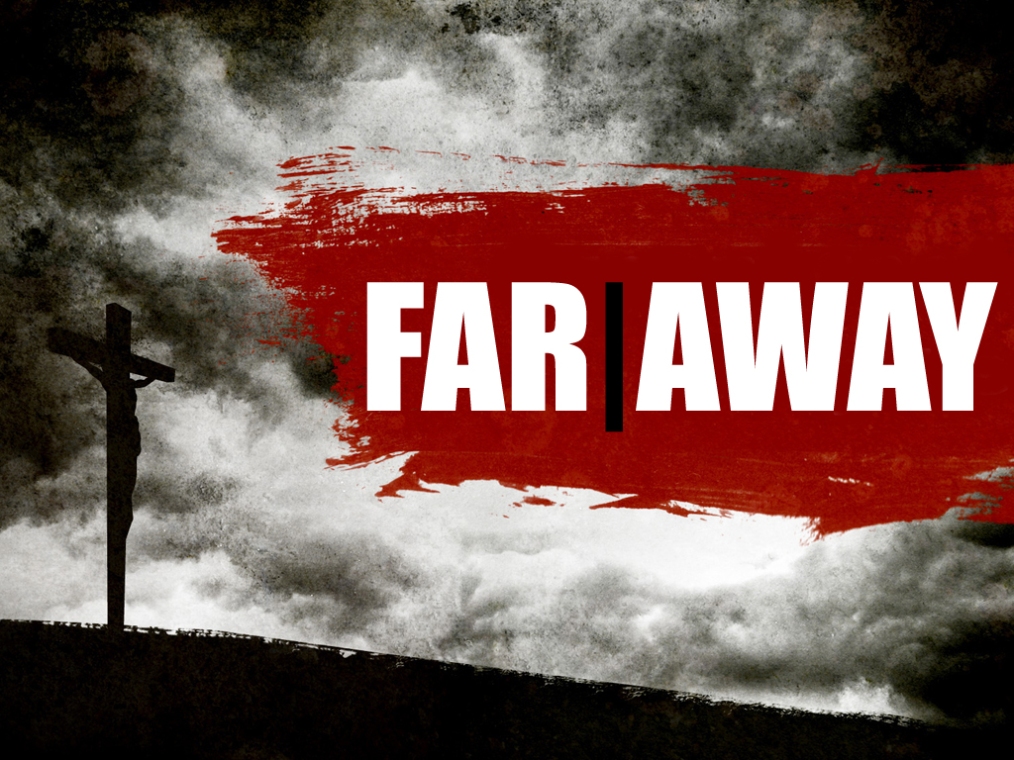 Ephesians 2:1-10 (NIV)
1 As for you, you were dead in your transgressions and sins,
2 in which you used to live when you followed the ways of this world and of the ruler of the kingdom of the air, the spirit who is now at work in those who are disobedient.
3 All of us also lived among them at one time, gratifying the cravings of our flesh and following its desires and thoughts. Like the rest, we were by nature deserving of wrath.
4 But because of his great love for us, God, who is rich in mercy,
5 made us alive with Christ even when we were dead in transgressions—it is by grace you have been saved.
6 And God raised us up with Christ and seated us with him in the heavenly realms in Christ Jesus,
7 in order that in the coming ages he might show the incomparable riches of his grace, expressed in his kindness to us in Christ Jesus.
8 For it is by grace you have been saved, through faith—and this is not from yourselves, it is the gift of God—
9 not by works, so that no one can boast.
10 For we are God’s handiwork, created in Christ Jesus to do good works, which God prepared in advance for us to do.
(AMP) For we are God’s [own] handiwork (His workmanship), recreated in Christ Jesus, [born anew] that we may do those good works which God predestined (planned beforehand) for us [taking paths which He prepared ahead of time], that we should walk in them [living the good life which He prearranged and        made ready for us to live].
(NLT) For we are God’s masterpiece…

Ephesians 2:12-13 (NIV)
12 remember that at that time you were separate from Christ, excluded from citizenship in Israel and foreigners to the covenants of the promise, without hope and without God in the world.
13 But now in Christ Jesus you who once were far away have been brought near by the blood of Christ.

We were at one time far away from God. Our sin, our shame, our spiritual condition separated us from Him until He sent Jesus. Jesus came and brought us close to the Father so that He could begin to work on us, turning us into His masterpiece.

Colossians 1:13-23 (MSG)
13 God rescued us from dead-end alleys and dark dungeons. He’s set us up in the kingdom of the Son he loves so much,
14 the Son who got us out of the pit we were in, got rid of the sins we were doomed to keep repeating.
15 We look at this Son and see the God who cannot be seen. We look at this Son and see God’s original purpose in everything created.
16 For everything, absolutely everything, above and below, visible and invisible, rank after rank after rank of angels—everything got started in him and finds its purpose in him.
17 He was there before any of it came into existence and holds it all together right up to this moment.
18 And when it comes to the church, he organizes and holds it together, like a head does a body. He was supreme in the beginning and—leading the resurrection parade—he is supreme in the end. From beginning to end he’s there, towering far above everything, everyone.
19 So spacious is he, so roomy, that everything of God finds its proper place in him without crowding.
20 Not only that, but all the broken and dislocated pieces of the universe—people and things, animals and atoms—get properly fixed and fit together in vibrant harmonies, all because of his death, his blood that poured down from the cross.
21 You yourselves are a case study of what he does. At one time you all had your backs turned to God, thinking rebellious thoughts of him, giving him trouble every chance you got.
22 But now, by giving himself completely at the Cross, actually dying for you, Christ brought you over to God’s side and put your lives together, whole and holy in his presence.
23 You don’t walk away from a gift like that! You stay grounded and steady in that bond of trust, constantly tuned in to the Message, careful not to be distracted or diverted.

Colossians 1:20-21 (KJV)
20 And, having made peace through the blood of his cross, by him to reconcile all things unto himself; by him, I say, whether they be things in earth, or things in heaven.
21 And you, that were sometime alienated and enemies in your mind by wicked works, yet now hath he reconciled

Jesus saw us alienated and far off, and He came to us and brought us close to the Father. He believed that we were worth saving. Today, you may not feel like anyone believes in you, but Jesus does.

Colossians 1:20-21 (NLT)
20 and through him God reconciled everything to himself. He made peace with everything in heaven and on earth by means of Christ’s blood on the cross.
21 This includes you who were once far away from God. You were his enemies, separated from him by your evil thoughts and actions.

We were once far away from God. But now, those who have accepted Jesus as their Lord and Savior are as close to Him as they will ever be because of His Blood.

Psalm 103:1-17 (NLT)
1 Let all that I am praise the Lord; with my whole heart, I will praise his holy name.
2 Let all that I am praise the Lord; may I never forget the good things he does for me.
3 He forgives all my sins and heals all my diseases.
4 He redeems me from death and crowns me with love and tender mercies.
5 He fills my life with good things. My youth is renewed like the eagle’s!
6 The Lord gives righteousness and justice to all who are treated unfairly.
7 He revealed his character to Moses and his deeds to the people of Israel.
8 The Lord is compassionate and merciful, slow to get angry and filled with unfailing love.
9 He will not constantly accuse us, nor remain angry forever.
10 He does not punish us for all our sins; he does not deal harshly with us, as we deserve.
11 For his unfailing love toward those who fear him is as great as the height of the heavens above the earth.
12 He has removed our sins as far from us as the east is from the west.
13 The Lord is like a father to his children, tender and compassionate to those who fear him.
14 For he knows how weak we are; he remembers we are only dust.
15 Our days on earth are like grass; like wildflowers, we bloom and die.
16 The wind blows, and we are gone—as though we had never been here.
17 But the love of the Lord remains forever with those who fear him.

At one time we were far away from Him because of our sin. But now, He took what was separating us from Him (sin) and removed it far away from us, so that we could be close to Him.

Caleb grew up in Rockwall, TX where at age 14 he realized God's plan for him to be in the full-time ministry. This vision became a tangible reality when Metro Life Church was founded in 2009 with nothing more than faith and a vision. Selling their house and quitting their jobs, Caleb and his wife Alicia moved to Lafayette believing that God would turn that city upside down for His glory through the local church. The heart of his message is to show people a better way of life through living by faith, understanding your authority as a believer, and spreading the contagious Love of God. As a young voice in the Church, his passion for seeing God's purposes fulfilled is igniting a fire in the city of Lafayette and beyond. Trained under his spiritual father and mother, Mark and Trina Hankins, Caleb and his wife minister in churches, conferences, Bible Schools, and other ministry events, helping the believer and non-believer gain victory through simple application of God’s Word. Being the proud parents of three wonderful boys, Caleb and his wife know the importance of raising a generation exposed to the moving of the Spirit of God. He resides in the Lafayette area with his wife Alicia and three sons, Jaiden, Gavin, and Landon.
View all posts by calebmoran →
This entry was posted in Uncategorized. Bookmark the permalink.